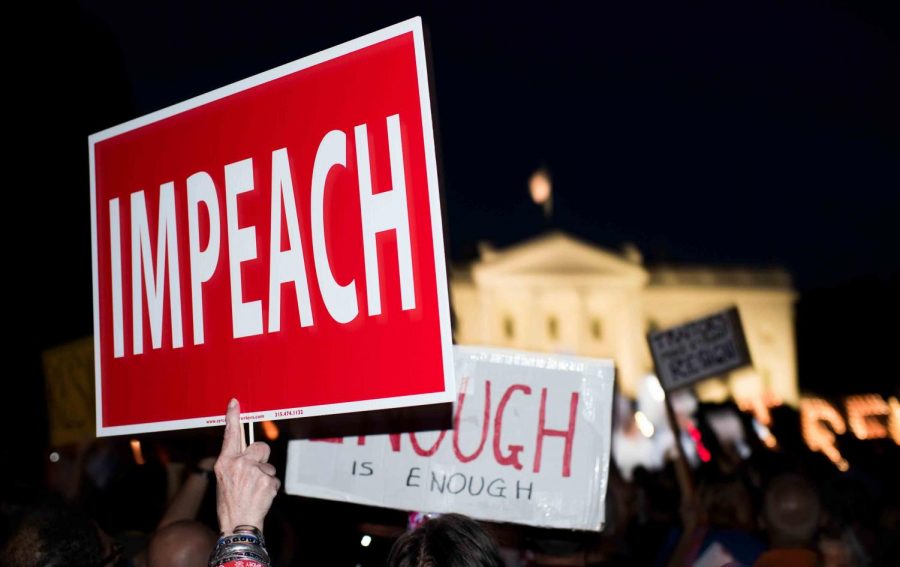 The “I” word has been thrown around the House and Senate floor for months now and in light of the redacted Muller report recently coming out, many Democrats have been jumping on the train of impeachment. While the debate has been vigorous, it has quickly receded recently with many people asking the big question is: Is there enough information in the report for the Democrats to impeach Donald Trump?

It has been a surprise to see how few Democrats have supported beginning the impeachment process immediately, with only 3 out of the 19 democrats currently in the running for the 2020 bid supporting it; those being Kamala Harris, Elizabeth Warren, and Julian Castro. There is even a divide between the progressives in the House, with Alexandria Ocasio-Cortez demanding her colleagues to take action immediately, and very few have joined her. Instead, people have chosen to take the advice of Speaker Pelosi, who has recently come out and said she would rather wait to move on with the impeachment trial. In a conference call Monday, she told them that the best course right now would be to take a deep breath, keep building up public support and delayed the question of impeachment till later. She included, “We can investigate Trump without drafting articles (of impeachment), let’s see where the facts take us.” She’s right.

Opening up an impeachment case on Trump could go very wrong for the Democrats. The democratic primaries are just beginning and the focus would ultimately be taken off the candidates running and be put on Trump. Their entire platforms would turn into impeachment speeches rather than putting forth their agenda of better healthcare, welfare, and immigration laws. Not only does Pelosi believe this, but so does Bernie Sanders. “If for the next year and a half, going right into the heart of the election, all that the Congress is talking about is impeaching Trump, Trump, Trump, Trump … that works to Trump’s advantage,” said Sanders.

Even if The House votes to impeach Trump, the Republican-controlled Senate will surely reject it and it will seem like a waste of congressional time to the public. In the end, Trump will likely see himself vindicated of all charges, which just isn’t true. According to Rep. Jerrod Nadler, there are 10 cases of obstruction that seem “impeachable”, and there are also at least 6 House committees investigating other things that Muller didn’t touch on. In addition, there are federal and state prosecutors in New York who are looking into his real estate businesses, taxes, and the $280,000 he paid to former mistresses. If all of these come up to be against Trump, then there would be more to consider during the impeachment hearing, and there would be more public support.

The Constitution makes impeachment an option for the House but does not require it. However, Congress does have the duty to hold Trump accountable for his actions, but there are several other methods that could be used. The Democrats that aren’t going out and demanding impeachment are no way excusing Trump’s conduct but are merely trying to find a better route and take more time to assess the situation. Speaker Pelosi doesn’t seem as opposed to impeachment as she was a month ago so the option is still on the table. “If it is what we need to do to honor our responsibility to the Constitution — if that’s the place the facts take us — that’s the place we have to go,” she told her colleagues recently.