Why are the Red Sox struggling? History 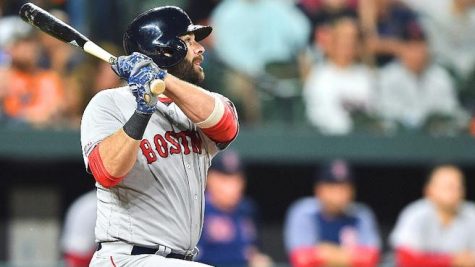 As we go deeper in the MLB season, another trend has found itself manifesting over the course of the year. The reigning World Series winner has been underperforming. The Boston Red Sox, coming off of a dominant 2018 where they went 108-54 and steamrolled through the playoffs on their way to a 4-1 World Series win over the Dodgers, have been struggling. They’ve gone a mediocre 14-17 despite maintaining most of their original roster and not suffering any major injuries to any key players so far. Most of their struggles can be chalked up to plain old underperformance. Chris Sale, after turning in an all-star caliber season last year, has gone a horrendous 0-5 with a 6.30 ERA and has been allowing more hits than strikeouts. Rick Porcello and David Price have been similarly horrendous despite putting up competent seasons and delivering in pressurized situations during their World Series run. While it may seem strange that the Red Sox have been underperforming at such a spectacular rate after their World Series victory, but it comes as no surprise when you compare their campaign this year to other post-championship seasons from other teams.

While the 2017 champions, the Houston Astros, ripped off 103 wins and an AL West pennant in 2018, they are an exception to the trend, not the common occurrence. Due to a variety of factors, the last team other than the New York Yankees to win two World Series in a row was the Cincinnati Reds from 1975-1976. In comparison, the NBA is currently in the midst of a two championship streak from the Golden State Warriors; the only non-repeating champions of the 2000s are the San Antonio Spurs, who won 3 times, the Dallas Mavericks, the Boston Celtics, and the Detroit Pistons, who won one time each.

There are a variety of factors in the lack of dynasties in the MLB. One is the transience of rosters and a high turnover rate due to the sheer size of them. Players get traded constantly, whether it be due to personal differences in playing style, management deciding it needs something different, or to fill gaps in the roster at a sacrifice. In free agency, the lack of salary cap in the MLB results in a very payroll-dominated league. While the New York Yankees might be able to achieve roster continuity with the sheer amount of money thrown at the team, a smaller squad like the Arizona Diamondbacks simply cannot afford to keep their players on fair contracts when there is a chance for them to leave for greener pastures. This is part of the reason why the Yankees have been the one true dynasty of baseball, winning more than two times the amount of championships as the next most winningest team.

Another reason is the high amount of variability experienced in a 162-game season. There is more chance for injuries, inclement weather events, and a host of mishaps that can occur, which leads to a lack of consistency year in and year out. Only the 2002-2003 New York Yankees and the 2017-2018 Houston Astros have won more than a 100 games in consecutive seasons.

Related to the sheer amount of games in an MLB season, there are also fewer playoff spots, resulting in a league where even a slight drop in wins can result in elimination from postseason contention. Compared to the NHL and NBA, which have 16 playoff spots each, the MLB only has 8, which has it tied with the NFL while having more than 10 times the amount of regular season games as the NFL.

While the season is still young, it is already looking like the Boston Red Sox are doomed to be another unremarkable part of baseball history and fail to repeat as World Series champions. It’s in the numbers.