The Danger of an Impeachment Media Storm

Frenzy of coverage on recent politics could backfire on news outlets 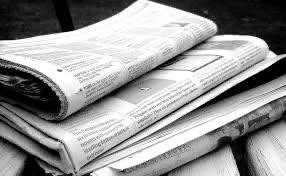 September 24, 2019– the fate of American politics was thrown for a loop when President Trump, amid accusations of attempting to investigate a potential rival in the 2020 election, released declassified transcripts of his conversation with Ukrainian president Volodymyr Zelensky. It included a quote from the President that read:

There could be a library of opinionated articles dedicated to that quote alone. To say the least, the transcripts resulted in a media storm rivaling any other in response to the president’s other actions. It seems that every day, a new article appears detailing the depth of Trump offense, or a new testimony surfaces about the case. “It seems right to me,” says Skylar Yoon (10). “People get serious about this because it’s affecting their lives. I just hope he does get impeached and someone more educated/caring gets elected in 2020.” Yoon’s sentiment is shared by much of the nation, and many voters are demanding a move for impeachment.

This is good, right? The prosecution is building a stronger case by the day, and liberal media outlets appear to have Trump on the run. Well, good and bad become mixed terms when it comes to a good old fashioned media storm. Yes, it’s good that the public is taking genuine steps to make this impeachment concrete. However, there’s no pretending we haven’t been in similar situations before, with disappointing results. To understand the fatal flaw of every media storm, one must look back on other instances in the Trump presidency.

Take the Mueller report last year, for example. Here was an instance where a document was produced with potentially damning evidence about a sitting president. Naturally, media outlets like CNN and The New York Times had a field day. There were talks of serious offense being made by the president, some of which could be considered unconstitutional (ie: shady collaborations with Russia). But what happened? Months passed, and slowly but surely, the liberal media storm began to die. Trump continued to defend himself with a passion, and with no new proof to convict him, the storm fizzled out. Part of this can be attributed to a lack of interest; even the most Trump-hating Democrats would have had trouble getting through all 448 pages of the Mueller Report.

This has happened before, though. Moving deeper into understanding what this phenomenon is, it can be argued that the issue stemmed from the media storm itself. Think of such a storm as the national equivalent of the human immune system; when controversial news arises, it is immediately absorbed, turned over and over, and spat back out in the form of thousands of multi-opinionated articles. Much like the human body viciously attacks a virus, media storms succeed only in eroding every angle of a story while also weathering public interest in it, until readers are numb to anything they don’t already know.

And therein lies the danger of the current situation. It’s been over a month since the transcripts were released, and what’s happened? The call for impeachment grows staler and staler the longer it goes unacted, and in the meantime, news outlets have fallen right back into the destructive cycle of a media storm. If they adhere to previous trends, liberal articles are going to start looking less like facts and more like desperate grasps at blind leads. Eventually, those too will lose favor in the public eye, and the media will turn to the next political scandal to tear apart. Namely, the US withdrawal from Syria (which, strangely enough, seems to coincide with an effort by Trump to divert attention from his Ukraine dealings) could be a subject of media interest.

There’s nothing wrong with public investment when there’s something to be genuinely interested in– and impeachment is a worthy cause. However, a literal pile of news stacks up quickly, and news outlets just have to make sure they don’t wind up falling into the same old traps as before.