Which sport would be a good fit for you? Hear from current athletes. 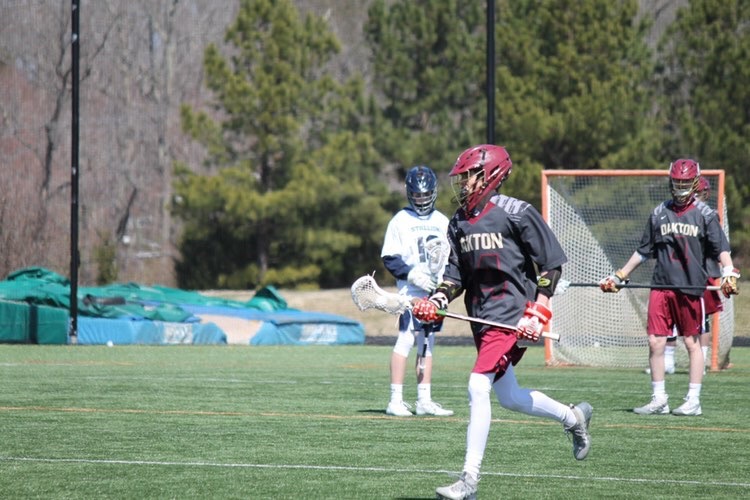 Spring sports tryouts are set to begin the week of February 24th just as the third quarter begins and students are scrambling to get all the required forms completed. The sports that will be holding tryouts are baseball, softball, boys and girls: lacrosse, soccer, and tennis, as well as crew and outdoor track. Here is some information on each of the sports’ tryouts.

Although crew doesn’t have tryouts and accepts everyone mainly because the team is not funded by the school and is therefore a club, Hagan Chan (11) says that “it’s a really great sport and a great way to make friends.” Chan also said that since winter conditioning is from four to six in the afternoon everyday, and consists of bulking and working on technique for the spring season, it is a great way to get stronger, which is the main reason he joined crew. Prestin Tran (10) added to this saying “colleges love crew because it is time consuming.” If you’re looking to get stronger and make new friends, then crew is the perfect sport to try for the spring season.

Track is very similar to crew in that it’s a great way to make friends and to stay in shape for other sports. Track tryouts consist of a different event every day for a week including a 1 mile, 100m, 400m, and 800m run. To make the team, runners must run two of these distances and make the time limit. The last day of tryouts consist of field events such as the long jump and shot put, and also the triple and double jumps if you make the team. Carmella Wheeler (10) says that track is a good sport because it is “not hard to make the team and as much as you put in, you can get an equal amount out.”

Before tryouts begin, there are off season practices called “green days” where coaches and captains get a chance to see the freshman who are trying out and also gives returning athletes a chance to prepare for the season. Tryouts for soccer goes on for five days with the last day of tryouts revealing the coaches decisions on who makes the team. Jake Janson (10) who was a goalie freshman year encourages everyone with an interest in soccer to join.

Tennis tryouts have all the new players playing against each other so the coaches can determine each person’s skill level. The newcomers are then compared with the returning athletes and rankings are made based on improvement over the course of the last year. Much like other sports, Jennifer Chu (10) says that tennis is a great sport to make friends and play against different people with different skills. Chu summarizes tennis as “really fun and enjoyable.”

Lacrosse tryouts give athletes the option to choose between trying out for the junior varsity team or the varsity team. Based on which team students try out for, they will be evaluated on skills such as passing, shooting, and defense. A specific drill that coaches observe during tryouts is a one on one to the goal. This drill involves one player on offense with the other on defense with the offense trying to score. Sean White (10) says coaches want to see this drill because it “shows how you play in game time situations.” He recommends the sport because “the team has a great culture,” and similar to other sports, he has “made so many close friends through lacrosse.”

Tryouts for softball last a week, and much like track, each day is dedicated to a different skill. Some skills that the coaches assess the athletes on are running and fielding. Resembling lacrosse tryouts, softball also runs drills so that coaches can see athletes in a “game situation.” These drills include scrimmages and games. Anna Burger (10) says that “when I play there’s no stress because I”m having fun and I’m there to enjoy it.” Burger also emphasized the community of the team as a “big family.” If you’re looking to have fun and join the family, then softball is the perfect sport to consider.

All of these sports are definitely good to consider if you are thinking about trying out for a spring sport. Just make sure to have all the forms completed before the first tryout date! Good luck to new athletes as well as returning athletes!