A recap of the government class field trip to Washington, D.C. 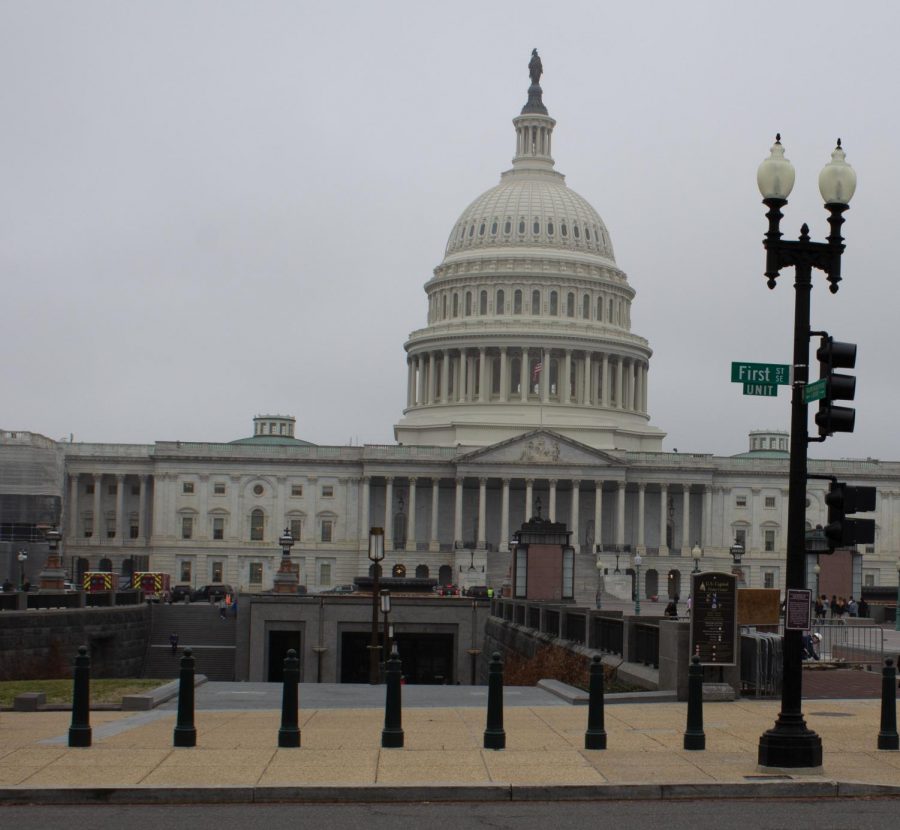 On Wednesday, February 26th, the Senior class went on a field trip to Capitol Hill in Washington, D.C. Students had varying to-do checklists to complete for their government classes, but had the freedom to explore the places they were interested in on the hill.

“Most of our students go to three main locations: the Capitol Hill Visitor’s Center, the Library of Congress, which they seem to really enjoy, and Senate and House office buildings. A small group of our students do get the experience of the Supreme Court, which is really cool,” said Ms. Stewart, a government teacher at Oakton. Students also had the option to listen in on committee hearings and explore the National Botanical Gardens.

For most, the trip started with a 7:50 check-in in the cafeteria before a walk to the Vienna metro station and a ride to Capitol South on the orange line. For the students who signed up to go to the Supreme Court with the hopes of experiencing a trial, the day began even earlier.

“We had to wake up at like 6, and we had to wait in the line,” said Matthew Berube (12). “We were around the end of the line so we didn’t really know if we were going to get in.” The people who were too far back in line to make into the trial itself had the option of taking a quick tour of the court instead. Luckily, Berube ended up being one of the few Oakton students who got into the trial. He explained that once they got in, the process wasn’t over; they were given a number, walked up security-guarded stairs, and were checked through a metal detector before they were let in. On the morning of February 26th, the court trial featured a prisoner who had appealed his case three times. “They had a few people come up and speak and then their judges would counter what he said or clarify something and then go back and forth,” said Berube.

Another unique destination to visit on Capitol Hill was the Library of Congress. People walked through the stacks of books and visited the newest exhibits. Some even applied for a Library of Congress Library Card, a simple process that gave them access to their research materials for the next two years, until the card expires.

The National Botanical Gardens are another perennial favorite for seniors each year. The large, glass-paneled building had plants of all shapes and sizes sorted by room. The tropical room featured tropical plants in a hot and humid temperature, a very welcome break from the cold weather outside. There was also an endangered plant room showcasing rare cacti and a room with a collection of different varieties of orchids.

The congressional office buildings were one of the more underrated attractions. The offices offered a variety of freebies, most notably origami paper to fold paper cranes. And though, unlike last year, no one ran into Bernie Sanders, the offices were the closest anyone got to brushing shoulders with the bureaucratic leaders of America. “We had several students who ran into representatives and senators or a few key military personnel in the hallways of the offices, but no large political figures were mentioned,” said Stewart.

At 1:50, students, teachers, and chaperones met at the check-out point before students were released to go back to school on the metro. Regardless of what they chose to do during their day, students got to immerse themselves in the world of the U.S. government. “My favorite part is having the students experience things that they normally, outside of school, would not be able to experience. [They are] actually getting hands-on, practical, real-world experience with the legislative process,” said Stewart.