“Tickets to My Downfall” Album Review 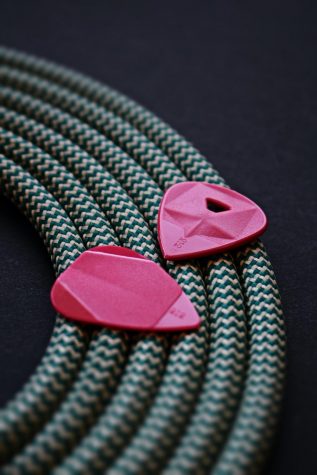 Colson “Machine Gun Kelly” Baker is no stranger to backlash and notoriety. It was not two years ago when he was trading bitter barbs with rap legend Eminem in a highly publicized beef, and before that he was building a name for himself upon anarchic lyrics and mixed media attention. His career took a downward turn with the release of his critically deprecated EP Binge, only to redeem himself with his 2019 release Hotel Diablo. Now he seems to be taking a break from rap and turning his attention to pop-punk, a genre long thought past its prime. Anticipation was high for the new album, but skepticism tainted the wait as well. Would the project work for Kelly, or be met with critical and consumer disdain?

It was largely uncharted territory for the artist, which is precisely what made the album’s groundbreaking success all the more astounding. Tickets to My Downfall saw 126,000 sales in its first week, which roughly translates to a whopping 66 million streams and 62,000 units sold as full albums. A spot at number 1 on the Billboard top 200 only solidified the good press it has gotten.

Tickets is, in many ways, the perfect accumulation of Kelly’s skills. It’s got darkness, anger, and youthful irreverence flavoring its tracks; the whole MGK package. On songs like “title track,” he’s an angst-fueled rage machine, hoarsely screaming lines like “I use a razor to take off the edge/ ‘Jump off the ledge’ they said.” He does a good job of scattering this mood throughout the album, coupling it expertly with solid instrumentals and earworm beats that demand to be listened to on repeat. “The transitions from slower pop-punk into the hardcore pop-punk are stunning,” says MGK fan Mattie Shannon (12). “I think they capture the style so well, and MGK sounds amazing in all of them.”

But peel back the hard drums and dominating guitar chords, and you have a project that is almost uncomfortably personal. Kelly tries his best to bring us through the most painful moments of his adult life, from saying an early goodbye to his father to contemplating his own death, and there are times when the delivery feels a bit clumsy and rehearsed.

“I felt the slower songs didn’t really reach me as well as they could’ve,” Says Mattie. “Pop-punk slow songs usually register pretty well with me, but I didn’t really feel as drawn to them as usual. However, the fast-paced ones (which make up most of the album) are AMAZING.”

She’s right about that. Even the album’s clunky bits tend to get lost in the pure punk awesomeness of tracks like “WWIII,” where the listener has literally no time to breathe between bullet-speed lyrics and crashing instrumentals. It seems that after so many years onstage, Kelly knows exactly how to shoot his fans full of adrenaline. The album works best when it feels like a live performance, and MGK is an expert performer.

This album is a transition for Kelly, in more ways than one. On the broader spectrum it’s an impressive genre switch as he leaves rap to embrace his punk side in full. Go a bit deeper, though, and a transition of maturity also becomes apparent. This is not the same artist who sported a six-inch mohawk at performances back in 2012. Colson Baker seems a bit wiser to his own mortality when he sings “I’m 29 and my anxiety’s eating me alive/ I’m fighting with myself and my sobriety every night” on “play this when i’m gone,” a song designed for his daughter in the event of his passing. This is heavy stuff, even for his teen audiences, and nobody understands that better than him. It does seem to weigh on him, but this only adds to the overall angst of the project.

Altogether, Machine Gun Kelly has revived a music genre long-thought perfected and squeezed dry by the likes of My Chemical Romance and Blink-182. He tinges his music with the undertones of personal darkness and trauma, only to balance it with stunning instrumentals and head-bopping beats. The Rap Devil has ascended to become a dark angel of rock, and his audience is here to watch the transformation.