Down, set, sanitize: high school football in the time of Corona

How Oakton Football is taking precautions against Covid-19 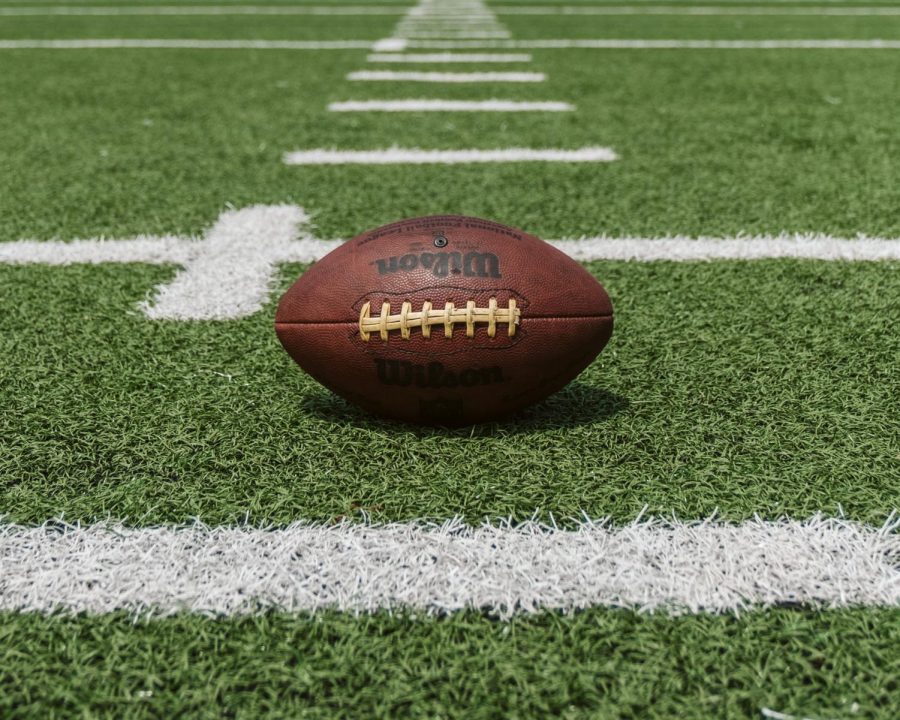 The arrival of Covid-19 in the states and the beginning of quarantine has inarguably had lasting effects. As the “new normal” is still being defined and reassimilation to the old normal is being attempted, many old activities are being brought back but with small precautions. One of those activities in the community is Oakton Football.

Football conditioning started a little after the school year, but the official season doesn’t start until February 1st. However, the first game, versus Fairfax High School, isn’t until Monday, February 22nd. With the success of other states’ high school, college, and pro football seasons all starting, the odds of a smart and safe plan implemented in time for the February deadline are high.

Safety is still a number one priority, especially for the athletes. Head Coach Melvin Morgan is “being as safe as possible because at the end of the night we [the coaches and players] come home to our families and our kids and we don’t want to jeopardize them or any other family.” Before the start of practices, the players have to answer the, now super common, “have you been in contact with…, have you had any of these symptoms…, etc.,” questions. While they’re still in their cars, they also have to check their temperatures. Only once they’ve passed both those tests can they start to head up to the field in a staggered pattern. What that means is after the occupants of one car reach the field, the occupants of the next car head up. During the actual training, only two players are allowed to touch the equipment, such as balls, pads, tackling dummies, etc., at a time. If a third player wants to use it, it has to be sprayed down. When that’s the case or the equipment has been in use for over an hour, it has to be sprayed down and left alone for at least ten minutes. The same goes for weight room equipment, which the players have to carry to the field.

Practices normally started on August 1st and consisted of green days, which were practice days with actual football drills, pads and helmets, and weight room, and yellow days, which were more focused on conditioning. Between the start of the season and August 27th, the first game day, the team would need to get in 21 practices, so they’d have two-a-days. The first practice would start at 6:00 and end at 8:30, and the second practice would last from 11:30 to 1:30 or 2:00.

As well as the aforementioned effects, the season was shortened from ten games to six, as well playoffs or a bowl type tournament for the teams that don’t make playoffs. The practices were also modified to what Coach Morgan calls yellow.5 days, which are practices with pads and helmets but no man-on-man coverage or contact. When the players aren’t having yellow.5 days, they’re having a throwing circuit, which is running certain pass routes, sometimes without balls due to safety precautions, or conditioning, which can include speed, agility, endurance, and change of direction training. The number of players is unknown, due to football players also playing sports in the fall and spring seasons that will clash with the football season and some not being able to play due to coronavirus concerns. However, some players who had quit are rejoining the team partly due to the hope for some normalcy and also the chance of being able to play a sport even if the spring sports season is canceled again.