How Covid has killed the movie theatre

And why that’s potentially a good thing.

There is perhaps no industry that has suffered more from the coronavirus pandemic than that of the movie theatre. As an industry that already has very narrow profit margins, theatre chains are struggling greatly from the pandemic, with AMC, the largest chain in the United States, claiming that they had not been making profits for months and have been put on and off bankruptcy risk. With movie houses delaying most of the big blockbusters to 2021, this could very much be the end of massive cinema chains. 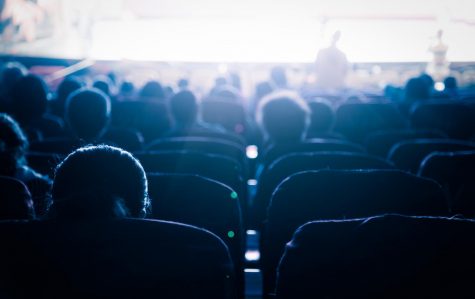 How did this happen?

Movie theatres, especially chains such as AMC or Harkins, make very little money off of ticket sales alone with only around 10%-15% going to the theatre. As a result, most of the profits come from the concessions that are bought in bulk by most customers. This has been a system that has been proven to be profitable, even if the margins themselves are narrow, as with big blockbusters that attract casual moviegoers, the money made from the concessions tend to cover the operating costs and make a profit. The problem that theatres are facing in the pandemic is a simple yet major one. That is, most production companies have halted either the production or distribution of big movies. Blockbusters have in many ways become the backbone of theatres’ profits, so their absence spells trouble for the big chains. With most of the hit movies, such as Black Widow and No Time to Die, being delayed, the big theatre chains are taking heavy hits to their revenue and profits, a result of their over reliance on blockbusters.

Why this could be a positive.

As stated previously, the threat of bankruptcy that is being presented to these chains are a result of their prioritization of blockbusters as income. This format, while working in the short term, was always a fragile system that could crash down at any moment, which could end up being a positive. With the potential death of the big chains, local theatres could rise again to offer consumers a more focused and curated experience.

The result of this over reliance on blockbuster movies has been the pushing out of indie or just non-franchise films in general, which has resulted in the movie theater culture stagnating. With the big theaters on the decline, there is now a gap within that market that can now be filled with locally independent theaters that would appeal to niche audiences. For an example of what I mean, perhaps a theater would only play classic films like those of Kurosawa or Kubrick, acting as an archive of sorts for important film history. Another could be a cinema solely focused on showing one specific genre and being able to create a fitting environment. The possibilities for potential innovations in the realm of movie theaters is greatly expanding as these big chains fall, and while it might be difficult to adjust in the short term, I see this as only a gain in the long run of cinema.