Thrifting as a result of Tiktok 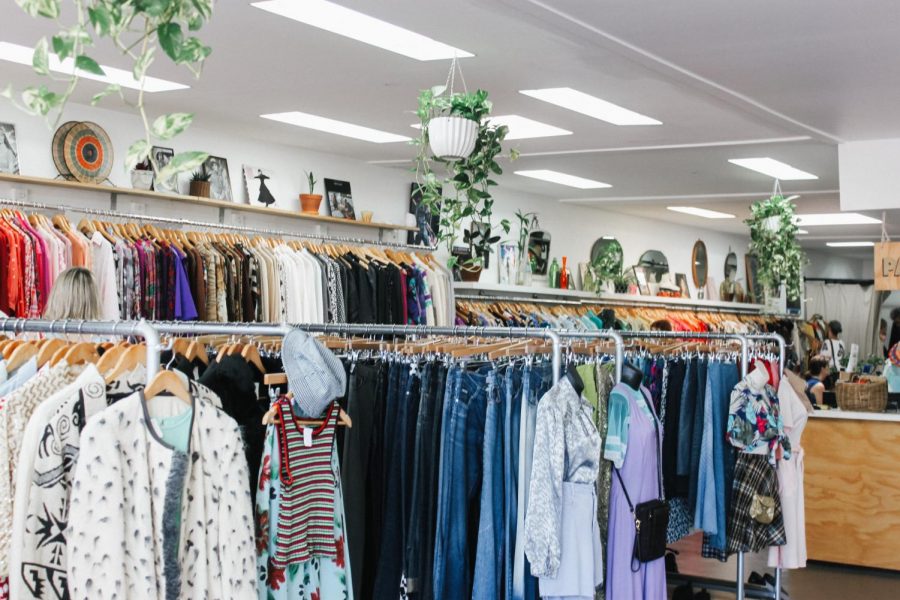 The popularity of Tiktok has brought along many trends, some fun dances like the Renegade, and other more problematic ones, including body shaming filters and trends. While not every trend is blatantly problematic like the aforementioned ones, some seemingly harmless trends, such as thrifting- which is just shopping at thrift stores, garage sales, or flea markets- and flipping the clothes, have had lots of controversy over whether or not it’s actually alright.

Thrifting cuts down on fast fashion– mass-produced clothes which harms the environment, and even if the product isn’t necessarily cute or in style, many creators flip the clothing to fit their style. Normally, the creators will make a couple parts showing their process as they crop, embroider, or completely alter their thrift store finds. It’s always fun to watch an out-of-date or, to put it bluntly, ugly piece of clothing turn into something stylish and cute. These types of videos tend to receive lots of views and positive comments, talking about how cute it became or how talented the creator is. Other thrifting-based videos focus on showing the cute clothes the creator found at thrift stores. Grace Wright, a junior who enjoys thrifting, believes that “thrifting is for everyone. It’s part of a style choice- if you’re more into high end brands then you probably won’t be thrifting, but if you’re looking for vintage clothes then thrifting is good for you.” However, like everything else, there are still negative comments on these supposedly harmless videos.

Many of the critics essentially say the same two things: it takes larger clothing sizes away from plus sized thrifters and cheaper options away from those who cannot afford first hand clothes. Many thrifters purposely look for bigger sizes, mostly for comfort, but many people argue that’s actually hurting the people who fit those sizes, seeing as there is not a lot of inclusion in larger sizing. However, one popular counterargument is the majority of people wearing larger sizes are also dealing with body dysmorphia and other related issues. After Tiktok popularized thrifting, many thrift stores started running low on clothing, and anything that was considered cute was off the shelves fairly soon. This led to more negative comments on the thrifting videos, mostly talking about how middle and upper class people were stealing affordable clothing from lower class. This led to videos discussing whether or not it could be considered gentrification. The general consensus was mixed, and the argument seems to have died down.

While the reviews remained mixed, ultimately it is up to the shopper to decide whether their actions are trendy and harmless or problematic.