The Battle for the NFC East Title 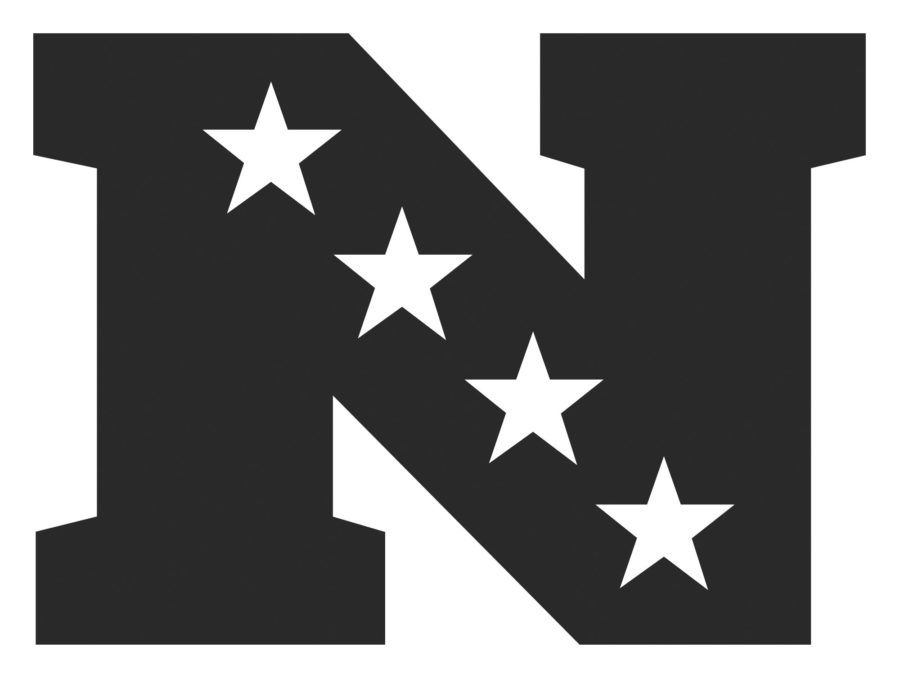 Who will win the astonishingly bad division?

The Nfc East is nicknamed the “NFC Least” and for a good reason. This could be the worst division of all time as the teams’ combined record through 8 weeks is 8-22-1. People’s expectations for this division were high and many considered the Cowboys and Eagles playoff contenders. 8 weeks through the season, those expectations have been let down hard. With the Eagles leading the division with a 3-4-1 record, they’re about a full game ahead. But if Washington wins week 9 against a divisional opponent in the 1-7 New York Giants, they will be a half-game behind the Philadelphia Eagles with the tie-breaker over the Eagles after their week one win against them. With schedules getting easier for some teams and harder for others, which team will win enough games and how many games will that be.

The Eagles have won 2 straight games, but it hasn’t been pretty. The entire Eagles’ offense has been plagued by injuries that contribute to the sub .500 record. The Eagles enter their bye week off a 23-9 win, but the game was closer than it should’ve been. Carson Wentz had 4 turnovers Sunday night and has the most turnovers in the league. The game was tight until 5 minutes left in the game when the Eagles strip-sacked rookie QB, Ben Dinucci, JMU grad, and returned it for a touchdown. Eagles fan, Jon Henriques, said that he “was happy they won but was very disappointed in the overall performance.” 3 of the Eagles next 4 games are against above .500 teams and 5 of their next 6 games against teams with 5+ wins. The eagles have 3 more divisional games and are 2-1 so far in the division and those 3 games will have a very big impact on the division race. The Eagles tie could end up winning them the division or losing it.

The Washington Football Team started off the season with a 17-point comeback against the Eagles to win the game 27-17. Their stacked defensive line and secondary fueled the comeback. Washington benched QB Dwayne Haskins after losing the next 3 games, but all of those teams have 5 wins after 8 weeks. The next week, current starter, Kyle Allen played and Washington lost 30-10 against the LA Rams. Week 6, Kyle Allen led a touchdown drive to be down by 1, 20-19 against the Giants. New York’s offense hadn’t done much all game, but Ron  Rivera still decided to go for 2 to win the game without overtime. Many Washington fans didn’t agree with the decision and were confused because New York’s offense hadn’t done anything in the second half. If Washington won that game they would be 3-4 and tied with the Eagles. But they didn’t so they are still a game behind Philly. Washington’s next 4 games are all winnable games and will likely go 2-2 or 3-1 but possibly even 4-0. Washington is already in the thick, but these next 4 games will be critical if they want to play January football.

The Dallas Cowboys had a miraculous comeback against the Atlanta Falcons in week 2 to make them 1-1 after losing in week 1. Then in week 5, in the 3rd quarter of a game vs a divisional rival, New York Giants, Dak Prescott, Cowboys’ QB, suffered a dislocation and compound fracture of his ankle. Back up QB, Andy Dalton was able to muster a game-winning drive in the final minutes and won 37-34 to become 2-3. The next week, Dallas’s offense looked atrocious, and that’s what they relied on because they have the worst defense in the league. The Cowboys lost 38-10 against the Arizona Cardinals then the next week lost to division rival Washington Football Team 25-3 and were controlled the whole game. In week 8 against the Philadelphia Eagles, their defense played their best game of the season, forcing 4 turnovers, but part of that was Carson Wentz, Eagles’ QB, not protecting the ball. In the end, they lost 23-9 but the game was close for 55 minutes of game time. Dallas is now 2-6 and about to face the undefeated Pittsburgh Steelers(7-0). The week after that they have a bye, then they play two 2-5 teams. If they want to win the NFC Least, they are going to need to win those games. If Dak Prescott was still on the Cowboys, the Cowboys would be favored to win the division, but he’s not and it’s not looking good for the rest of the season.

The New York Giants are coming off their best game of the year on Monday night football. They had a lead against arguably the best team in the NFC, they were up 14-6 going into halftime. But after a few Daniel Jones, Giants QB, turnovers the Tampa Bay Buccaneers took the lead to go up 25-17 with a couple of minutes left. Daniel Jones led a touchdown drive and were down just 2. The Giants were forced to go for a 2-point conversion. On the 2-point conversion, there was a flag. It was pass interference on the Bucs. The refs talked it over and picked up the flag. They explained it but many Giants’ fans are still upset because the Giants would’ve had another chance to go for 2 and that could’ve brought the game to overtime, and who knows who would’ve come out victorious. Now that the Giants are 1-7 they are going to need to win this week against the Washington Football Team to get back in the division race. Giants fan Jared Dallos, freshman at Chantilly High School, said he “can’t keep being a fan of the Giants if they keep blowing close games.” The frustration among fans is high.  The next week they play the Eagles and that’s another game they need to win. The Giants have the second hardest schedule in the division only easier than the Eagles, but they are half-game back so they can’t keep losing close games.

The NFC Least might just be the worst division of all time, and nobody knows who’s going to win the division. Washington is well-rested and has the easiest schedule going down the stretch but a non-explosive offense. The Eagles are in games but losing them in the end. With the hardest schedule in the division, they are going to need to step up their game. The Cowboys have lost 3 straight by more than 14+ points, and if they don’t figure out their QB situation in the next week or two it doesn’t look good for Dallas. The Giants are 2 ½ games behind first-place but coming off their best game, they might be getting their act together. One of these teams is going to be in the playoffs, and, if they don’t wanna get knocked out in the Wildcard round of the playoffs, one of these teams needs to put something together.