Overconsumption is tempting - but it’s consequences are not 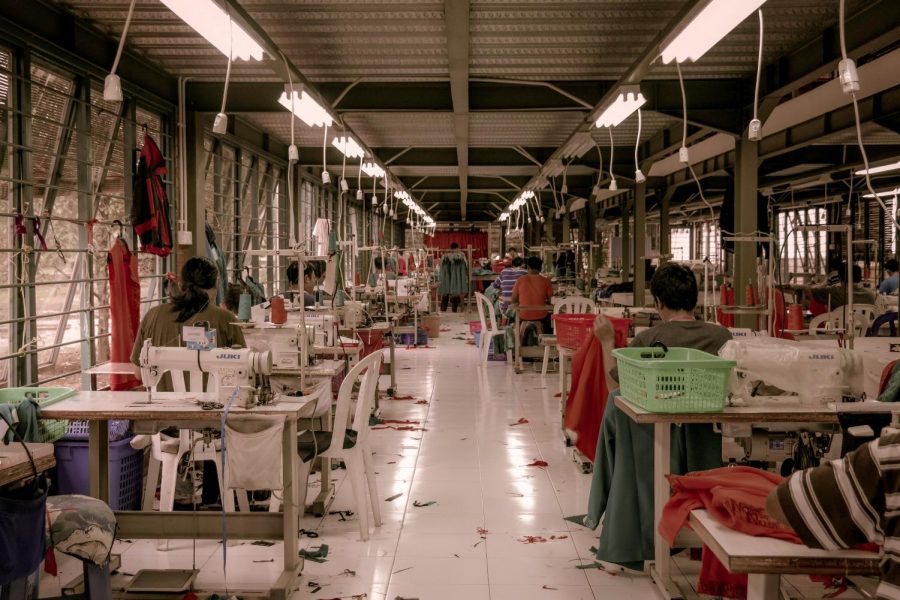 “Fast fashion” has been in practice for decades. The term refers to companies who utilize cheap, efficient labor and low-quality textiles to replicate garments that are perfectly on-trend with modern internet culture. Popular retailers such as SHEIN and Romwe (which are represented in the USA by the same company) often release hundreds of fresh styles per day, all of which are meant to replicate sought-after fashion staples straight off the catwalk, but for extremely cheap prices. Though these types of companies are a cornerstone of popular teenage fashion, their appeal comes at a cost.

SHEIN advertisements can be found splattered over almost any website ending with “.com” – but the retailer brings in most of its business through word of mouth. Teenagers with no money in their minimum-wage working pockets are drawn to the brand, as it’s allure promises a trendy wardrobe for affordable prices – not to mention, codes offering major discounts can often be found floating around the internet. Young consumers rave about these trendy items that can be purchased for such a low cost. “So many of the items are exact dupes for clothes that bigger, more expensive brands make. But if you image search anything on SHEIN, there’s bound to be [a cheaper option] for like four bucks.” Said an Oakton student who prefers to remain anonymous.

The main issue presented regarding fast fashion is overconsumption. SHEIN’s low prices could be considered a marketing tactic – it is easy for a shopper to impulsively add countless items to their cart, as each piece costs an average of $3-10 – so when it comes time to check out, $100 for approximately 20 items (plus a possible discount) seems too good to be true. In fact, shoppers may even add items they aren’t completely enthusiastic about to their cart simply because they’re cheap. An anonymous interviewee agrees, saying “[In one order I placed], I decided to buy a shirt that I wasn’t totally sold on, but it was 6 bucks so I figured I’d just buy it and see. I ended up donating it.” The impulsive overconsumption of these cheap clothes perpetuates further negative impacts, especially regarding the brand’s means of production.

In fact, one major fault is that SHEIN has been rumored numerous times to be involved in the usage of child labor, which could explain why their price rates are next to nothing. Although their official website states that they do not tolerate child labor in any of the countries they operate in, a former employee has since reported that quote “They DO NOT pay you the all the overtime hours you worked. For example, they require you to work over 20+ hours OT, but state they will only pay you for 7 hours and make you think it is ok. They choose to not pay you at all. Not even pay you your regular work rate.” Whether or not children are (or ever were) involved in production, paying workers unfair wages is astronomically unethical.

In addition, SHEIN’s environmental impact is horrendous – much like that of any fast fashion company – but due to the massive overconsumption of SHEIN items, the company’s carbon footprint is colossal. It is a fact that global fashion production contributes to 10% of humanity’s carbon emissions, dries up water sources, and pollutes rivers and streams. Not only that, but 85% of all textiles end up in landfills each year. Many cheap clothes made with certain fabrics are harmful to wash, as they send thousands of bits of plastic into the ocean. Even considering the production of hundreds of thousands of items per day, there is no evidence that SHEIN has taken meaningful action to reduce or eliminate hazardous chemicals used in their factories. The company uses few eco-friendly materials, most all of which are non-biodegradable as well. In addition, there is no evidence it reduces its carbon and other greenhouse gas emissions in its supply chain.

One may argue that SHEIN is not better nor worse than other leading brands, from an ethical standpoint (in regards to methods of production). Although countless other fast fashion brands contribute to the waste created by the fashion industry, SHEIN’s marketing puts them in a place too vulnerable for overconsumption. They release hundreds of styles per day, and this combined with their luringly cheap prices is a recipe for buyer temptation. It is arguably more sustainable for brands to upmark their clothing, as it means the customer will put more thought into their purchases in attempts to save money, thus reducing the amount of (especially impulsive) purchases, creating a positive domino effect. Essentially, although larger companies may engage in the same malpractices as SHEIN,  they are arguably not as significant of a problem, as cheap SHEIN prices lead to overconsumption, and thus further exploitation of workers and greater environmental damage.

This is where buyers come in. The best way to reduce one’s carbon footprint is to shop sustainably – however, most sustainable brands are extremely expensive, as their workers are paid fairly and their textiles are usually made from 100% recycled materials. Not everyone can afford this. However, another easy sustainable shopping option is thrifting – the only difference being that there is no guarantee shoppers will find items they like, as consignment stock is unique and unpredictable. That being said, thrift store prices are similar (if  not cheaper) than SHEIN’s, and items can be vintage, designer, brand new, or even used but in excellent condition. Another alternative would be choosing where to shop more wisely – for instance, if a consumer could afford to spend $100 on SHEIN clothes, that money could be put forward to supporting a more sustainable brand, at the cost of slightly more expensive prices. Overall, shame the company, not the buyer – but it is important for consumers to take the ethics of corporations they choose to purchase from into consideration before supporting them, especially if there are better options. Although everyone’s financial situation and clothing budget vary, shopping mindfully can play a significant role reducing a company’s demand, therefore reducing their malpractices.