TV and movie revivals: remade for a new generation or simply unoriginal?

Creativity in the film industry has gone with the wind 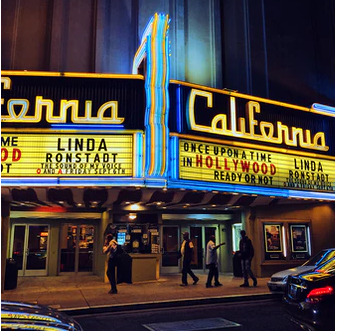 Every generation can name a handful of classic TV shows and movies they enjoyed growing up, but now those nostalgic feelings have given way to endless reboots and remakes. While some attribute this development to the film industry’s desire to remake classics for a new generation to relate to, it may also reflect a stagnation in creativity. Instead of taking a risk with new story ideas, directors play it safe by using a popular tried-and-true plot that many will enjoy because of the sentimentality.

That being said, some movie remakes have thrived under the eyes of a new audience. “The Parent Trap” (1998), a well-known film starring Lindsay Lohan, was actually a remake of a 1961 film of the same name. However, when hearing the title, most people remember the 1998 film because of its huge success compared to its predecessor. In a similar way, the acclaimed show, “The Office”, was just an American remake of a British show. The American adaptation went on to have nine seasons, seven more than the original! Moreover, the 2006 movie, “Casino Royale”, rejuvenated the James Bond franchise for younger generations. Meanwhile, the famous “Spider-Man” series has been redone with three different leading actors over a span of 20 years. It reflects the producer’s desire to bring interest back to that franchise, which they’ve done successfully through Marvel Studios. As Cassidy Tran (10) says, “I probably relate more to the remade one because it’s current with the production, environment, and type of humor”.

Unfortunately, the same cannot be said for all attempted revivals. One of the biggest flaws and disappointments of revivals is that cast members will not always reprise their roles decades later. This is the case with “Fuller House”, a reboot of the 80’s show “Full House”. The original show starred twins Mary-Kate and Ashley, who were the only cast members not to return for their roles in the reboot. The Washington Post’s Hank Steuver even writes “the absence of Mary-Kate and Ashley Olsen [in Fuller House] is a devastating absence that throws volumes of deserved shade at the whole endeavor.” On the other hand, critics also believe reboots may rely too much on the popularity of the original, essentially riding on its coattails instead of applying an interesting twist to the plot. For instance, the 1998 remake of the Hitchcock classic “Psycho” contributed nothing new to the movie, appearing virtually identical to audiences. It was received very poorly by critics, with a 39% on Rotten Tomatoes.

But why would directors and producers lean heavily on nostalgia instead of originality? Most likely, it’s because remakes generate more money. According to the Crimson White, the movie “Once Upon a Time in Hollywood”, considered a global success, made only $357.8 million since its debut, which pales in comparison to the fourth remake of “A Star is Born” that brought in a $400 million profit. Nowadays, filmmakers seem to be focusing on quick cash and simplicity rather than creating new renowned classics that live up to the legacy of movies like “The Lion King” and “Star Wars”. In the near future, will the film industry devolve into just another money-making scheme or continue to be a form of artful expression?