Exploring the QB Options for the Washington Football Team

Many believe Washington is just "a QB away". But who exactly could that be? 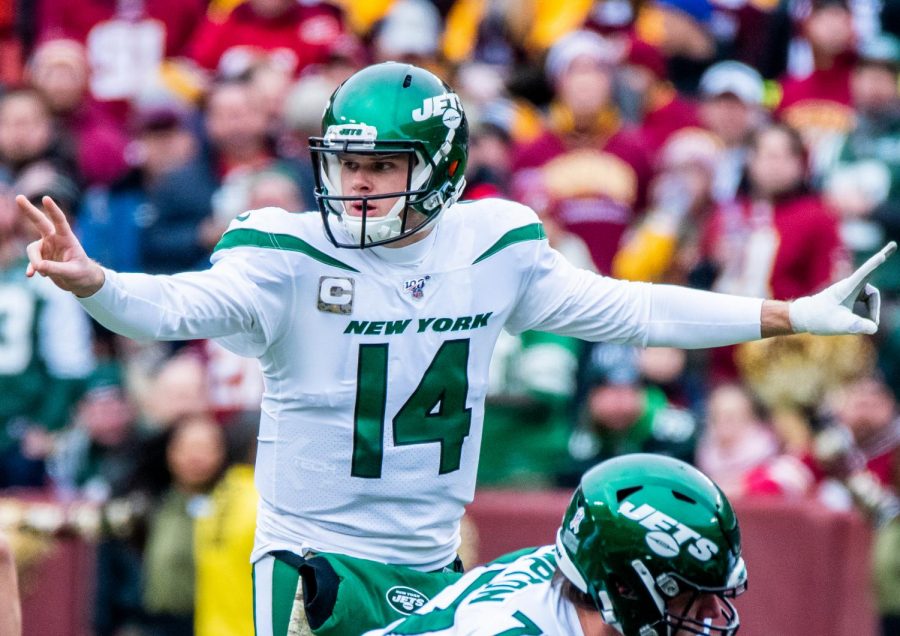 For the first time since maybe 2012 and RG3’s magical rookie season, it seems like there is genuine hope in Washington, D.C. for the football team’s future. Bruce Allen has been completely ousted and in just one year, the culture instilled by Ron Rivera has given the team a new identity. Albeit the 7-9 record, they managed to win the NFC East and give the eventual Super Bowl champions a serious run for their money. While the defense looks poised to continue as a strong unit, a large question still looms at the signal-caller position. With Alex Smith gone and only two career backups left on the roster, the starting quarterback for next season is still very much up in the air. Here are some of the options:

Taylor Heinicke became an overnight sensation in his surprisingly excellent performance against Tom Brady in the Wild Card round. If he could perform as he did against the Bucs on a consistent basis, then the quarterback position would be already locked up. However, Heinicke’s sample size is still incredibly small to entrust him with the starting position, as seen by his recent extension with a base value of only about $2M per year. There’s a solid chance he’ll compete for first on the depth chart come training camp, but it’s highly unlikely that Rivera won’t at least add one more QB to the mix. As for Allen, he’s in the same boat. Just recently RFA tendered to secure his status for 2021, he should be in the mix for the starting role, but has proved nothing to warrant the exclusion of outside competition.

Mariota was bounced around in trade discussions earlier in the offseason with Washington, but nothing came of it. The former number two overall pick reportedly has a low chance of returning to Las Vegas for 2021, and it would make sense to bring him in for a low price, possibly a 4th or 5th round pick. He would fit Scott Turner’s offense and only has one year left on his contract at $10M plus incentives, so the team would not be on the hook for much. Ideally, the Raiders would cut him to free up cap space, which would allow Washington to sign him without giving up anything. If he were to hit free agency, Mariota would join a not-so-appealing group of young guys, made up of Jameis Winston and Mitchell Trubisky, that still have something to prove. And considering the depth chart right now, D.C could be just the place to do that.

Another high draft pick that hasn’t lived up to expectations, Sam Darnold looks to be on his way out with the Jets. They hold the number two overall pick in the draft and seem to be set on using it on a new franchise quarterback. Despite Darnold’s lackluster performances through his first three years in the league, some around the league attribute it to the horrible coaching staffs he’s had to deal with combined with the absence of weapons in New York. If Ron Rivera and camp believe he can turn his career around, the USC alum also could be a possibility to lead Washington for 2021. Considering his mediocre play in his first three seasons, the price wouldn’t be too high either, a 2nd or 3rd round pick at most. Darnold is still only 23 years old and a change of scenery could be just what he needs to unlock his potential. He poses as a low-risk, high reward option at quarterback.

The obvious option to fill the QB position is through the draft. Having a solid quarterback on a rookie contract has proven to be the recipe for success for teams like the Chiefs, Bills, and Ravens, as it allows the team to spend money on other positions. However, Washington holds the 19th pick in the draft, so they’ll likely have to trade up if they want to get their guy. The top prospects of Trevor Lawrence, Justin Fields, and Zach Wilson will be gone too early for any trade-up scenario to be feasible. That leaves Trey Lance, who is also expected to go early, and Mac Jones. Lance is athletically gifted as any quarterback in the draft, with great mobility combined with amazing arm strength. However, he only played 17 games in college and for Division 2 North Dakota State, so despite his high ceiling, Lance will need a lot of work to mold into a starting-caliber NFL quarterback. A more realistic option, Mac Jones is a very common name mocked to Washington by draft pundits as he is projected to be selected in the mid-to-late first round. The Alabama product who just led them to a National Championship is not the most exciting prospect. Jones is not very mobile nor has the strongest arm, but has shown to be accurate, and has rave reviews from his Alabama wide receivers. At the next level, Jones projects to be an average starter akin to Alex Smith before the injury or Andy Dalton, but that might be just what Washington needs. The team could also opt for a later-round option such as Kellen Mond, Kyle Trask, or Jamie Newman, but none of those guys are projected to be starters out of the gate. So if Washington wants to fix starting QB in the draft, it will have to be in the first round.