With the season coming to a close, it’s time to look at the Playoff bracket! 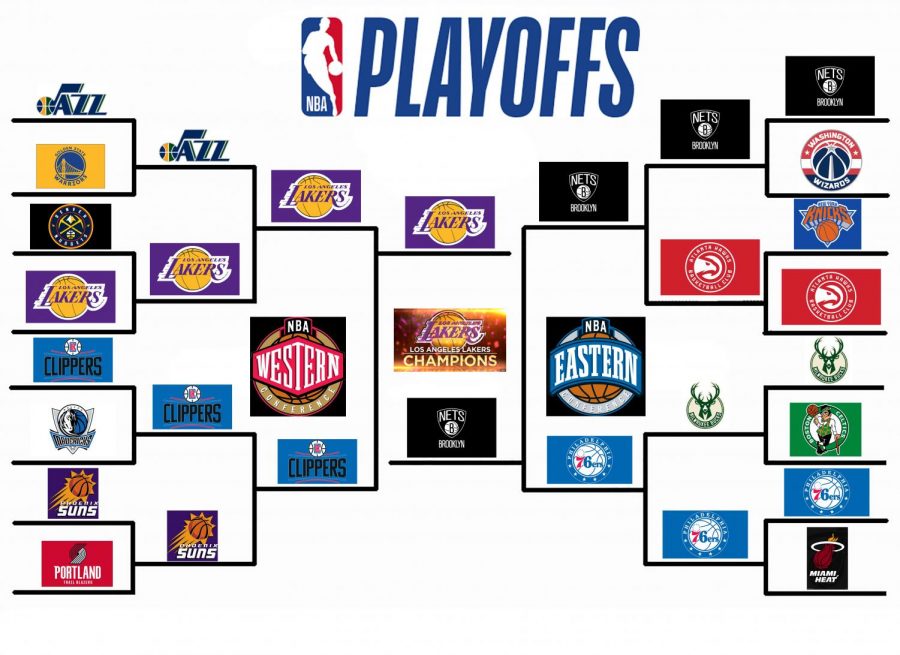 The NBA Playoffs is a four round, seven games series per round. The team first to four wins, wins the series. Seeds 7th – 10th in each conference participate in a play in tournament. The tournament was added last season to give a couple more teams a chance to make the playoffs. As of now, the NBA is not bringing back the bubble. They will be allowing fans back into arenas based on the team’s state rules. The playoffs usually take about two months. The playoffs are starting on May 22, 2021 and it’s expected to end July 22, 2021.

The western conference usually looks very impressive, however, this year they’ve seen many injuries. The Los Angeles Clippers are looking like a runner up to win the western conference. The Clippers do have stars Kawhi Leonard and Paul George. The Clippers did add veteran bigs Demarcus Cousins and Serge Ibaka which will help the team grab more rebounds. The Phoenix Suns are looking like they will fall short in round two and lose to the Los Angeles Clippers. The Suns did add veteran star guard Chris Paul to help the young team improve into a playoff team. However, it will probably take the Chris Paul effect more than one season. Lastly, the Los Angeles Lakers have stars LeBron James and Anthony Davis. Davis missed 35 games this season due to a calf strain. Davis has returned from his injury. James has missed 20 games this season due to a high ankle sprain. James is still out with his injury. The Lakers did have a very successful offseason adding young big Montrezl Harrell and young guard Dennis Schröder along with veteran big Marc Gasol. The Los Angeles Lakers are looking like they will go all the way to the western conference finals and beat their rival in the same city, the Los Angeles Clippers.

I believe that the Los Angeles Lakers will go back to back and win the NBA championship for a 17th time in franchise history. If James is still out, I believe the Nets will win it all.