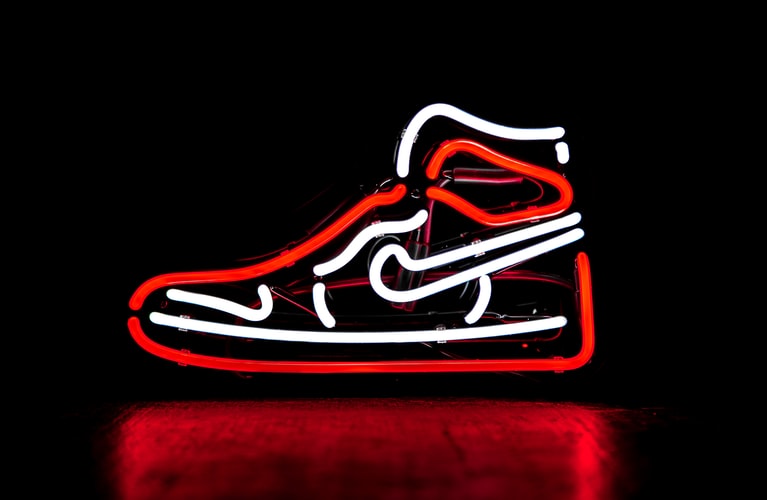 In an attempt to halt a New York art collective from using their signature “swoosh,” Nike has established a temporary restraining order against the producers of “Satan Shoes.” These designer works of art are a pair of modified Nike sneakers decorated with symbols of the occult and a drop of human blood. A US District Court in New York granted Nike’s request in the week of April 4th, a move intended to prevent MSCHF, the provocative company that developed the shoes, from fulfilling the rest of its orders.

The “Satan Shoes” were made in collaboration with rapper Lil Nas X to coincide with his hell-set music video for “Montero (Call Me By Your Name).” They were designed almost identical to the Nike Air Max 97s but with a bronze pentagram, an inverted cross, a sole filled with red ink, and, according to MSCHF, “one drop of human blood.” Nike claimed that the “Satan Shoes” were “likely to cause confusion and dilution” or result in Nike’s admirers to believe it worked with MSCHF to invent the shoe, the company stated in its complaint. The company further reiterated that, although the shoes bore Nike’s signature “swoosh,” the company was not involved in the sneakers’ creation and did not endorse them.

“Decisions about what products to put the swoosh on belong to Nike, not to third parties like MSCHF,” the complaint read. An attorney for MSCHF wrote to the court that the shoes were “individually numbered works of art” and argued they were protected under the First Amendment. She also stated, “All but one pair of the shoes already have been sold and shipped,” rendering the impermanent restraining order unnecessary. In response to this statement, Nike’s attorneys said the “appropriate remedy is to order a recall of those shoes.”

Though Nike was granted the provisional restraining order, MSCHF can still attempt to prove the sneakers are covered under the First Amendment “rights of artistic expression,” US District Judge Eric Komitee wrote in the order. Until then, the final pair of “Satan Shoes” cannot be distributed to the public.

The “Satan Shoes” were priced at $1,018 each, around six times the price of a pair of Nike Air Max 97s. This price was a reference to the Bible passage Luke 10:18, which reads, “I saw Satan fall like lightning from heaven.” A grand total of 666 pairs of the sneakers were produced, and all but one were sold within one minute of their release. Lil Nas X was inclined to give away the last pair on Twitter, however, MSCHF informed the rapper that the giveaway had been indefinitely put on pause. MSCHF shared that it was “honestly surprised by the action Nike has taken” in a statement.

The collective questioned Nike as to why they would request a temporary restraining order spurred by the “Satan Shoes” and not the “Jesus Shoes,” a pair of sneakers similar to the Nike Air Max 97s that featured a steel crucifix and “holy water,” presented one year earlier. A Nike spokesperson stated that the company didn’t have “any further details to share on pending legal matters.”

Lil Nas X expressed his frustration with the outcome on Twitter saying he’s “legally not allowed to give the 666th pair away anymore because of the crying nerds on the internet,” after teasing the giveaway earlier in the past. However, the rapper, whose real name is Montero Lamar Hill, posted a video to his official YouTube account titled “Lil Nas X Apologizes for Satan Shoe,” which has now been viewed over 6.3 million times.

“MSCHF strongly believes in the freedom of expression, and nothing is more important than our ability, and the ability of other artists like us, to continue with our work over the coming years,” MSCHF said. “We look forward to working with Nike and the court to resolve this case in the most expeditious manner.”