The Legacy of January 6th and Current Trump News 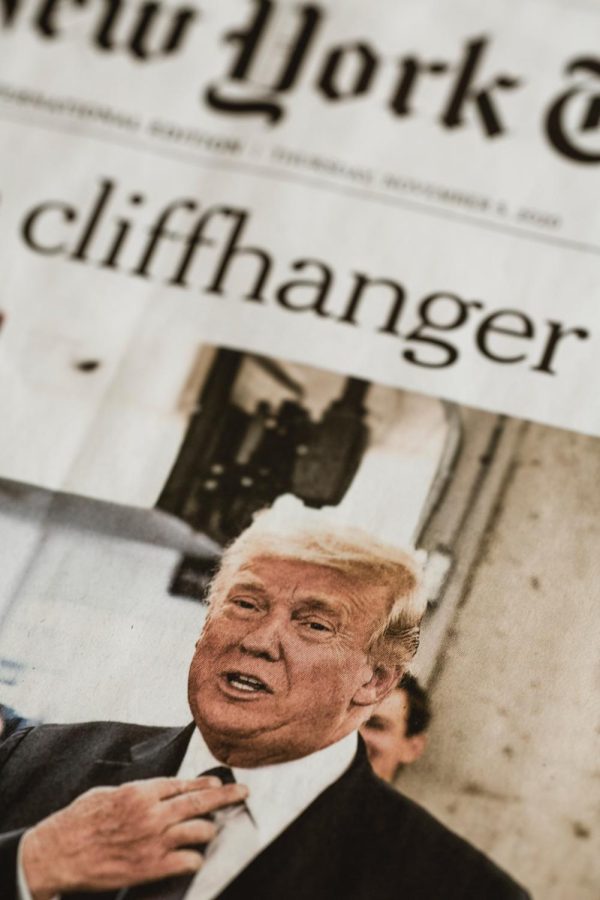 Photo by Markus Spiske, with permission from Unsplash

January 6th 2021. On this day in history, Trump claimed the opposite of what was concluded by congress and the voting process, prompting hundreds of his supporters to barrel down to the capitol to “fight like hell” for their victory. Together, they were armed, rowdy, and destructive to government property until the former president requested they return home.

In order to find and arrest the numerous people who took part in the insurrection, criminal trials are still ongoing, two years after. The January 6th committee was formed to get not only the full story, but the circumstances of the riot. Mr. Duffy, one of Oakton High School’s history teachers, when asked about the progress of the committee said he believes that, “ –They’re going somewhere with all of this. […] [They] don’t give you the whole story until [they] wanna give you the whole story.” It’s possible that due to the range of interest in the investigation, media techniques are really what’s keeping more than half the nation watching for more. The other implied reason for the committee itself would be for the future history books.

For the many people who attended the raid, criminal trials are being held. So far, according to USA Today, over 850 rioters have now been charged post mob from 48 out of the 50 states.

And in recent news, former Trump Advisor, Stephan Miller, was subpoenaed (summoned to court) for information about the “fake electors” plot. The fake electors plot was a scheme made subsequently after the election that falsely asserted Trump had won the electoral college vote in certain states. This was most likely with intent to pass the fraudulent certificates to former vice president Mike Pence in the hope that it would overturn Joe Biden’s victory. This news ties into the January 6th committee hearings and shines more light on the circumstances of the insurrection.

During the committee, Attorney General Bill Barr stated that Donald Trump was well informed about his loss. Why he would force the notion that his victory was secured and potentially jeopardize the security of the nation was unbeknownst to many, yet during these committees it’s becoming more apparent that it could be to take back power in later elections. According to Mr. Duffy, it was, “For fundraising. […] All of the “stealing the vote” is just so that they can send out emails and say, “send me $5”, “Send me $10, and we will keep fighting’”. The fundraising from supporters would lend to the overall strength to Trump’s cash reserve for his developing role in the 2024 election.

There is something that could prevent that role, which is the influx of news about Donald Trump’s former residence in Florida, Mar-a-Lago. On August 8th, the FBI issued a search warrant following a criminal referral. It was then discovered that inside the hotel, there were government documents that discussed the security of our nation. It was decreed by the FBI that by storing the papers in Mar-a-Lago, they were most likely being concealed to prevent future investigation. Using this decree, it’s implied that there will be a future investigation into Mar-a-Lago, and those discoveries may be even more detrimental to Trump’s case than the January 6th insurrection.

There has been a lot of buzzing news, but in truth the people never know the full story, or what’s been going on in politician’s heads. The nation is currently divided between left and right, therefore, it’s no wonder that whatever results come from the examination, they will be subject to a lot of debate. Mr. Duffy said himself, that “[He] fear[s] that we won’t get all the truth, and it’ll all go down and it will be lost to history.” It is evident that the country’s future politically is uncertain. However, no matter what comes next, there must be big findings, and the fact of the matter must always reign true.