Oakton Football: Another Year In The Making

As your Oakton Cougars kick off another football season, it’s time to take a look into how they got off to a strong start of 2-1. 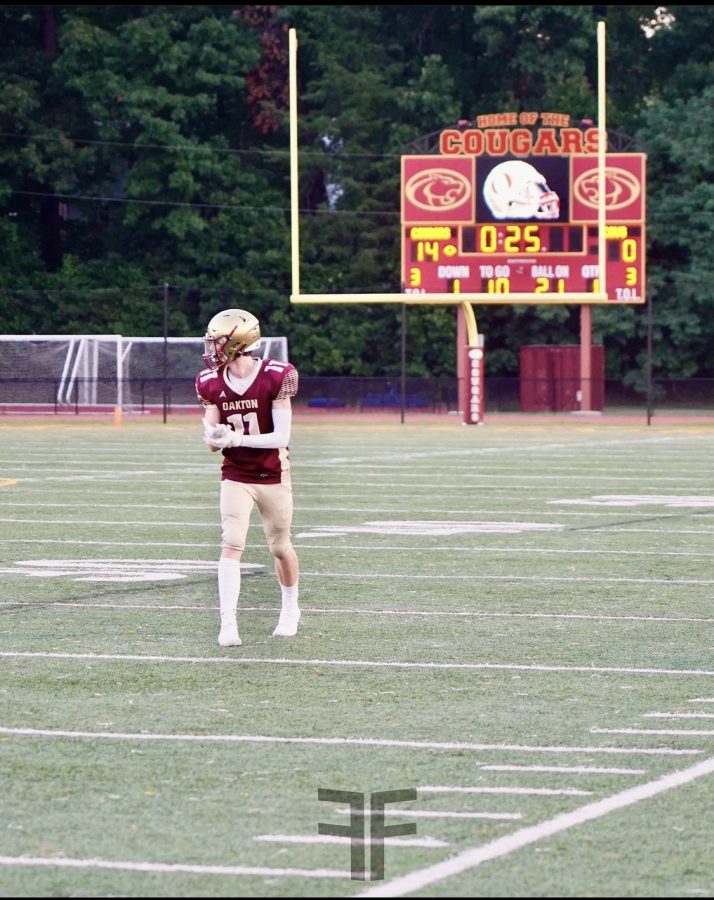 In week one, the Cougs were on the road against the Lewis Lancers. The Cougs got off to a hot start putting up 18 points in the first quarter. The defensive line had the Lancers quarterback running in the backfield trying to make plays that wouldn’t happen. Later in the game, Oakton ran down the clock a lot by running the ball, and took the game with a final score of 39-0.

Going into the second game of the year, Oakton took on the Woodson Cavaliers. The Cougs got off to a quick start scoring in the first minute during their first drive down the field. The Cavaliers were very one sided on offense due to the lack of consistency their quarterback had. Later in the game, the Cougs were controlling the clock by running the ball and got an easy win of 35-0. Going into their third game, the Cougs had a tough opponent on the clock.

Going into their third game, Oakton had a tough opponent on the clock, the Langley Saxons, a team desperate to win their homecoming game. The Saxons looked a lot different then they did last year on both sides of the ball. The Cougs played a very physical game leading to a 14-21 loss. The Saxons were getting away with multiple calls by the refs, but unfortunately that’s part of the sport.

The culture of Oakton Football has been improving every year, showing how determined the team is year in and year out. Oakton’s head of football, Coach Morgan says, “The first step is getting a non losing season, win one more game then we did last year. Next step will be to win inside the Concorde District.” Oakton is hoping to build on what they do and shock the other schools in the district.

Having a great team culture can lead to many successes, Coach Morgan says, The culture is something that’s really tough when you have new ones coming in, Coach Morgan says, “You have a new kid every year you have new freshman coming in that don’t know that culture so you have to learn it and embrace it every year a student is moving from; Hey I was a freshman, I was learning it, now I’m a sophomore and I’m implementing it, now I’m a junior, I’m a leader, now I’m a senior, I’m really focused on the people behind me.” Coach Morgan sees a lot of importance in culture, improving as a student athlete and a student.