About AF1, what to expect, and what it symbolizes 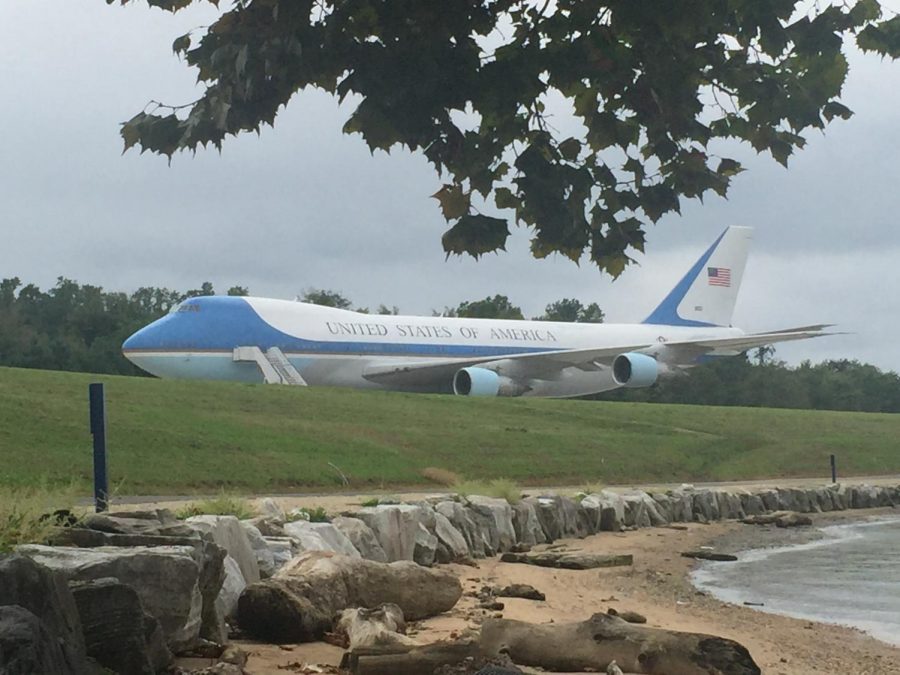 Who wouldn’t want a personal plane? The President of the United States has that privilege among many others. This month, a replica of the Air Force One will be on display at the National Harbor in Maryland. The exhibit will open on October 19 and will educate people about the development of the democratic system that is in effect in America today with an opportunity to board the aircraft at the end of the tour.

The massive 231 foot long plane is a Boeing 747-200B and can seat 76 people with 26 crew members. Air Force One only seats about one-fourth of the amount of passengers a regular Boeing 747 in order to accommodate its many rooms. Some of these rooms are for meetings while others are for guests and all are luxuriously furnished. With all of these niceties, Air Force One costs $181,000 per hour to run.