Clemson and Alabama face off in the National Championship game. 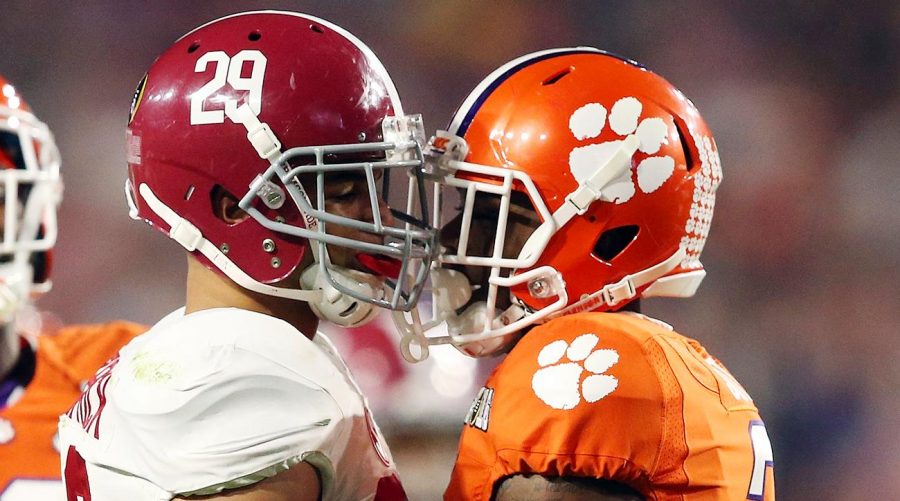 Alabama and Clemson, the top two teams in college football, faced off the National Championship game on January 7th. both teams were undefeated and evenly matched, this had the makings of a very good game that would come down to the wire. In the first quarter of the game, that prediction seemed like a good one, both teams traded touchdowns, and it looked like it could be a very high scoring game. Then Clemson exploded.

Alabama was winning 16-14 a minute into the second quarter, but that would be the last time they would be winning in the game or the last time they would score at all for that matter. Clemson scored two touchdowns and a field goal before the first half finally ended, and all of a sudden, Clemson was up 31-16. And that wasn’t even close to the end of Clemson’s massacre on Alabama.

Clemson scored two more touchdowns in the third quarter, and by the fourth quarter, they were just toying with Alabama. They complete shutout Alabama in the second half, leaving people to wonder what happened to Alabama, a team that seemed unstoppable.

Clemson was the first team since the 1800s to end their college football season with a perfect record; 15-0. Their victory over Alabama was the first time someone beat Nick Saban, the Alabama coach since 2007, by over 14 points. Like every college football champion, Clemson was invited to the White House for a victory dinner. Their visit took place on January 14th where they got to eat a fast food dinner with President Trump.

While we didn’t get the down to the wire game that many expected for the National Championship showdown, it was still a very good, entertaining, and rather shocking game to watch. Dabo Swinney, the Clemson head coach, declared Clemson to be the greatest team of all time, and that declaration could very well be true.