An overview of the nominations, winners, and highlights 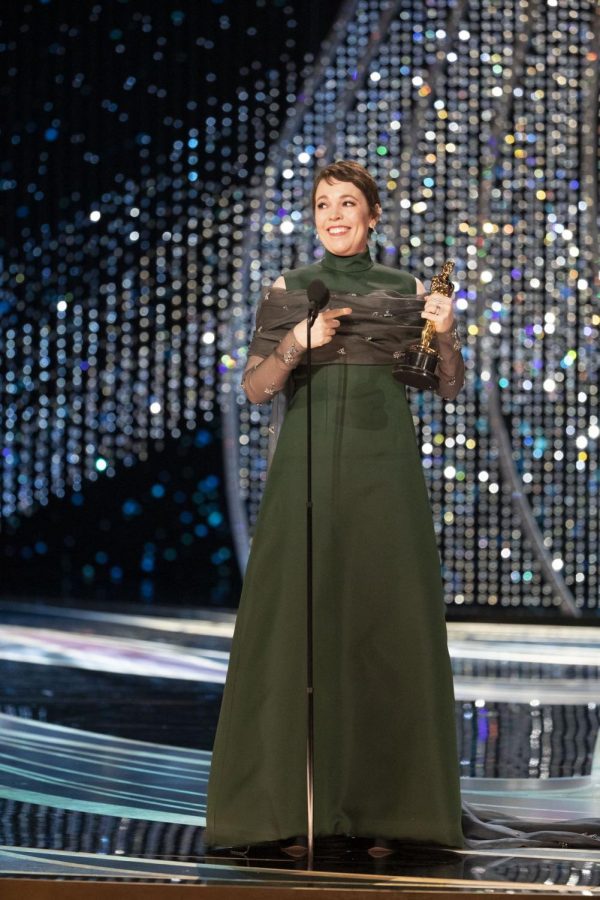 This is a picture of best actress winner Olivia Colman accepting her Oscar. Picture credits to Getty Images.

The Oscars are an annual award ceremony held to recognize excellence in the film industry and are given out by the Academy. The Academy chooses one winner in each category of film and the winner receives the coveted “Oscar,” a golden statue to commemorate the achievement. Last Sunday, February 24, the 91st annual Oscars took place; here are some of the highlights.

The show opened without a host, marking only the second time in Oscar history this has happened. Instead, the show opened with three charming ladies: Tina Fey, Maya Rudolph, and Amy Poehler as well as a performance by Adam Lambert and Queen. The show went on from there with many A-list celebrities as presenters such as Queen Latifah, Amandla Stenberg, and Barbra Streisand. The first award was presented for best supporting actress. The nominees were Amy Adams for Vice, Marina de Tavira for Roma, Regina King for If Beale Street Could Talk, Emma Stone for The Favourite, and Rachel Weisz for The Favorite.

Towards the end of the show, Lady Gaga and Bradley Cooper performed Shallow from A Star is Born and Lady Gaga won an Oscar for best original song soon after. The unquestionable chemistry between Lady Gaga and Cooper during their performance has led people to speculate that their relationship is more than professional.

Spike Lee was nominated for best picture, best director, and best adapted screenplay and gave an inspiring speech after winning an Oscar for BlacKkKlansman, best adapted screenplay. Lee spoke about slavery and motivated people to be politically active and vote in 2020. His passionate speech received a standing ovation from the audience.

It did not come as a surprise when Rami Malek won best actor for his portrayal as Freddie Mercury in Bohemian Rhapsody. He dedicated the end of his speech to co-star and now girlfriend Lucy Boynton saying, “Lucy Boynton, you are the heart of this film. You are beyond immensely talented. You have captured my heart. Thank you so much.”

Olivia Colman won for best actress out of Yalitza Aparicio, Glenn Close, Lady Gaga, and Melissa McCarthy. The first time nominee and Oscar winner gave a heartfelt and funny speech, apologizing to Glenn Close saying, “Glenn Close, you’ve been my idol for so long and this isn’t how I wanted it to be.” The actress closed her speech with a blurted, “Lady Gaga!” and received a standing ovation from the audience.

As for the nominations for the anticipated best picture award, the nominees were Black Panther, BlacKkKlansman, Bohemian Rhapsody, The Favourite, Green Book, Roma, A Star is Born, and Vice. These movies are mostly in the drama and romance genres, as well as Black Panther in the science fiction/ fantasy genre and Bohemian Rhapsody being a drama and biographical film. Green Book won the Oscar and Jim Burke, Charles B. Wessler, Brian Currie, Peter Farrelly and Nick Vallelonga accepted the Oscar.