Who will run and what issues will they run on? 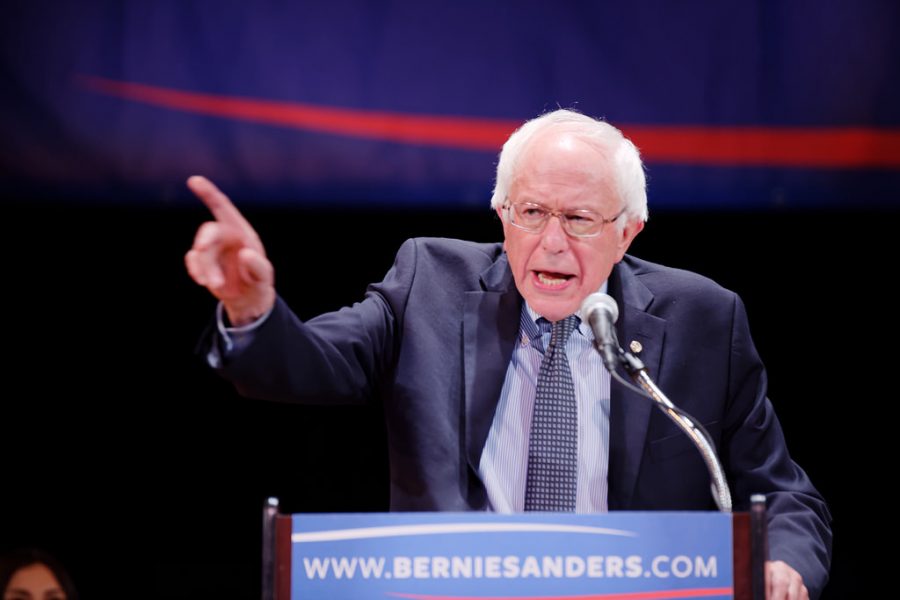 This is a picture of Vermont senator Bernie Sanders during his campaign in the 2016 elections. He will be running again for the 2020 elections. Credit to Flickr.

The season of presidential campaigns for the upcoming 2020 elections is nearing and as of now, there are already a superfluous amount of Democrats running for President or considering it, and only a handful of Republicans who have announced that they are running in 2020.

Bernie Sanders, the senator from Vermont who ran in 2016 will be running again, arguing about the same issues: inequality, a bigger social safety net, and the redistribution of wealth. If he is elected, he will be the oldest president to have been elected since Ronald Reagan, who was 69 years old when he was elected. Other Democratic candidates to keep an eye on are Pete Buttigieg, Joe Biden, and the exceeding amount of female candidates including Amy Klobuchar, Elizabeth Warren, and Kamala Harris. Pete Buttiegieg is the current mayor of South Bend, Indiana, and is also openly gay. Contrary to Bernie Sanders, if Buttiegieg is elected, he will be the youngest US President. Everyone has heard of Joe Biden, the former Vice President. Biden is still undecided on whether he will run or not, but if he does, it is possible that he will get elected (although he has run twice before without success).

In the Republican party, current president Donald Trump will be running for re-election, and despite his low approval ratings, he continues to be extremely popular among Republican voters and could be re-elected. Some other names that may be familiar are John Kasich and Larry Hogan, both of whom have had previous political experience. Kasich served two terms as the governor of Ohio as well as the US House. Hogan is the current governor of Maryland and is also the first Republican to have been re-elected in Maryland since 1954. Both Kasich and Hogan have not confirmed that they are running, but William Weld has. Weld is a former Justice Department official, the former governor of Massachusetts, as well as the Libertarian Party’s vice- presidential nominee in 2016. Weld is reportedly running to challenge President Donald Trump saying, “I think our country is in grave peril and I cannot sit any longer quietly on the sidelines.”

This year’s campaign has brought new politicians to the scene, but has also seen some go. Hillary Clinton will not be running this year, but says that she will still remain on the political scene and will continue to speak out on what she believes. Eric Holder, who is the former attorney general, also will not be running, but would run on redistricting and civil rights if he were.

Whatever happens, it can be certain that this year’s presidential campaigns will be exceedingly amusing.